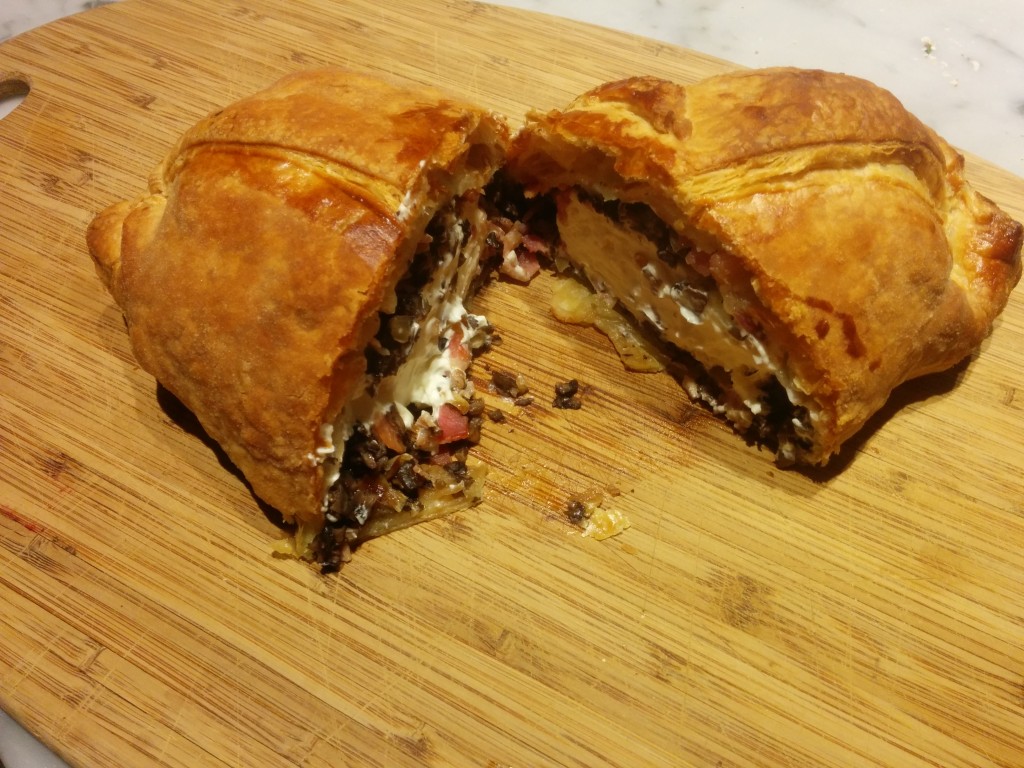 Warm or cold, this cream cheese baked in puff-pastry and layered with Cremini mushrooms, bacon and shallots pairs well with a small bottle of Lambrusco and some left over ciabatta that you have toasted up.

This is one of those dishes you want to take it easy on because you aren’t fooling anyone when you say you are on a diet and then proceed to eat half of this appetizer. It is about as healthy as it sounds. My wife kids herself that this dish is healthier when I make this with “reduced fat” cream cheese.

This is a perfect appetizer spread when you have friends over and is incredibly easy to prepare. I’ve laid out the instructions so that your time actually cooking is kept to a minimum if you can chop whilst keeping an eye on a pan on the stove.

There is no Nutrition Label for this recipe yet. 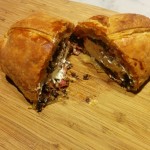 I usually serve this with some toasted ciabatta bread.